One of the most common ways we tend to approach our differences is…to not approach them at all. 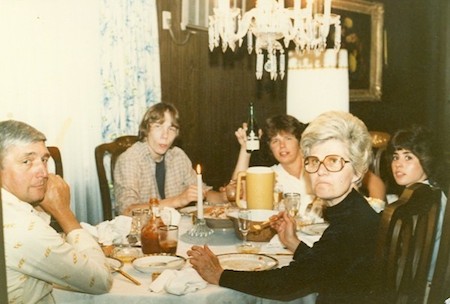 It's an understandable reaction, to a degree: our differences tend to make us uncomfortable, and we tend to beeline straight for shame and silence instead of trying to understand–let alone celebrate–our diverse qualities and challenges. Frankly, humans can sure be pretty backwards when it comes to this kind of thing, which is why it's so important that events like the upcoming ReelAbilities Film Festival are here to redeem us.

What is now the Cincinnati-area's largest film festival started out as a New York-based event back in 2007 as the brainchild of Anita Altman and the Manhattan JCC. Now organized and hosted by the LADD (Living Arrangements for the Developmentally Disabled) organization with event chair Kathleen Cail, the festival is now permanently based in Cincinnati, but despite its location changes, the mission has always remained the same: to share "the stories, lives and art of people who experience disability."

The 17 films to be featured in this year's festival were chosen from a group of over 500 submissions, all of which either feature those with disabilities or were made by disabled artists. Some Hollywood star power has also been added to the event, with Oscar-winner Marlee Matlin and actor Danny Woodburn on hand for the Premiere Day Awards Luncheon, where festival award winners–including Best Film–will be announced. But the momentum doesn't end when the week comes to a close; ReelAbilities has developed an outreach program to keep their work active in schools, making an impact on young people with disabilities, as well as those who interact with them on a daily basis.

ReelAbilities Film Fest runs February 27 through March 7. You can find more details about the event and its lineup (including trailers of this year's films!) here.