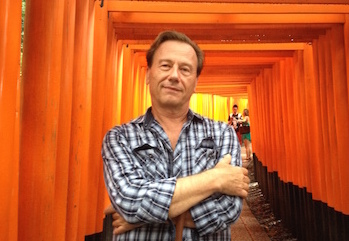 Kerven (he/him) is the Chair of the Filmmaking Department at the New York Film Academy. His career began with the debut of his short film, “Candy Store,” which won an Academy Award for Best Dramatic Student Film. In 1982, he directed a series of Afterschool Specials for ABC-TV, including the Emmy Award winning “Starstruck” and the Director’s Guild of America nominated “High School Narc.” Kerven also directed over 25 short films for Saturday Night Live, including the much celebrated “Synchronized Swimmers.” His most recent directorial work, “They Never Found Her,” starred Madmen’s Elisabeth Moss and Fargo’s Peter Storemare. In 1990, Kerven co-authored “Mortal Thoughts,” for Columbia Pictures, starring Bruce Willis, Harvey Keitel and Demi Moore.