Is ‘American Sniper’ Too Divisive to Be Effective?

Well, here's the good news: we can finally talk about Bradley Cooper within a context that is not Silver Linings Playbook. 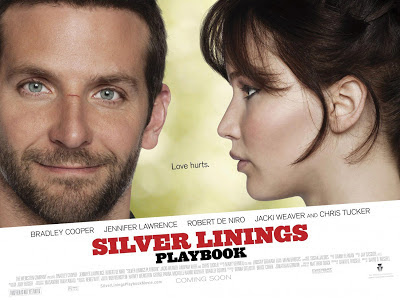 Today we're focusing on Cooper's latest turn in American Sniper, a film of which you are probably becoming increasingly aware — if not because you've already seen it, then because the response it has evoked from within the industry and beyond is making headline after headline. 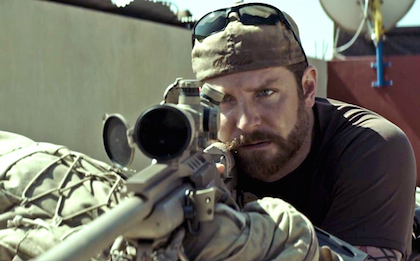 …and somewhere in Hollywood, a publicist gets his wings.

First, the facts: American Sniper is the based-on-a-true-story tale of legendary US Navy SEAL sniper Chris Kyle (Cooper), who struggles to balance the experience of his four tours of duty to Iraq with his civilian life with his wife and children back in Texas. [SPOILER ALERT] After leaving the Navy in 2009, Kyle dedicates his time to working with injured veterans, and is eventually killed by one such troubled vet, a former Marine who was reportedly battling post-traumatic stress disorder (PTSD). The film has earned six Academy Award nominations, including Best Adapted Screenplay and Best Picture, along with a nod to Cooper for Best Actor. Cooper was a producer on the project, which was directed by Clint Eastwood and written by Jason Hall.

Now, the frenzy: The movie that Bradley Cooper claims "was always a character study about what the plight is for a soldier," has become much more divisive than that, thanks to celebrities, social media, and our collective penchant for turning just about everything into Facebook-based shouting match. All it took was a few tweets to ignite the flames: first, actor Seth Rogen compared the film to Nazi propaganda (well, more accurately, the fictional Nazi propaganda film shown at the end of Inglourious Basterds), followed by filmmaker Michael Moore's claim that snipers were cowards, as he says he was taught by his family after losing an uncle to a sniper in WWII. And in today's climate of American patriot culture, well…that's pretty much all it takes for people to go haywire. So much for a character study; American Sniper has officially crossed the line into arguments-at-family-dinners territory — which is to say that all potentially constructive dialogue that may have emerged from this movie on the topics of war, PTSD, and mental health in the military has been replaced with social media sniping (pun intended) and knee-jerk politics (emphasis on "jerk.")

And it's a shame to have to bottom-line all conversations about American Sniper into "You're either with us or agin' us!" mode, because there's so much about Chris Kyle's story that needs our attention. Kyle was a soldier who killed 160 people (he later claimed the number was more like 255) in the name of protecting his fellow soldiers. To ask someone to be personally responsible for something like that takes its own mental toll — not to mention the guilt Kyle says he felt for the soldiers he was unable to protect. Though Kyle downplayed his own PTSD in interviews, he helped to establish the FITCO Cares foundation, which helps veterans navigate PTSD and life after active duty. After everyone is done shouting and condemning each other's political opinions about American Sniper (I'm guessing a provocative photo of a reality TV star will be the bait to lure our attention elsewhere), will anyone be left to talk about the mental health of soldiers and veterans? Will anyone donate to FITCO? Or are we all officially too caught up in hearing our own voices than paying attention to what American Sniper is really asking us to think about?

Cooper himself said it best: "I can't control how people are gonna use this movie as a tool…. If it's not this movie, I hope to god another movie will come out where it will shed light on the fact of what servicemen and women have to go through, and that we need to pay attention to our vets. It doesn't go any farther than that. It's not a political discussion about war, even….It's a discussion about the reality. And the reality is that people are coming home, and we have to take care of them."