Have we mentioned how awesome our volunteers are lately?!

We connect with so many amazing humans doing this work, and the AWI volunteer network consists of diverse, quirky and passionate humans who are all about mental wellness and the arts. When one of our volunteers reached out about recently publishing a new book we wanted to let you know! Jaime’s new book “The In-Between” tells the story of navigating a world that you cannot make sense of. With the help of an unlikely mentor, Jaime pieces together the events of her young adulthood and the journey of recovery. We asked her a few questions about this process, below:

AWI: What compelled you to write a book and/or open up about your experiences in this medium?

Jaime: I’d been thinking about writing about my experiences for a while, mainly because people around me kept wondering why I did the things I did. I saw that even though I had people who loved me and supported me they didn’t understand what I was experiencing or know what to do to help. I also studied Abnormal Psychology looking for an explanation for myself but found that mental health professionals only seemed to understand the experiences I had from a limited, symptomatic perspective – it felt like there was always a block between what I experienced and what other people in my life understood. I really wanted to feel less isolated and I couldn’t do that when I lived in a world that was so different from everyone else that I knew and couldn’t express what those differences were. Also my best friend encouraged me to write my experiences because she thought that other people could learn from them too. 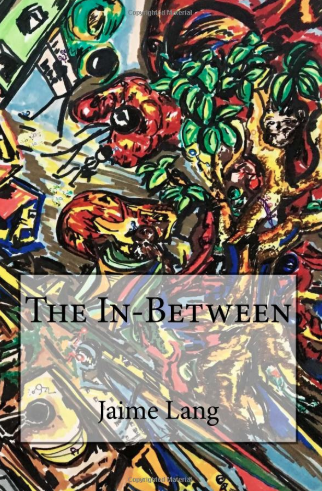 AWI: How long has the book been a project for?

Jaime: I wrote this book in 3 days and spent a little over a week formatting it. I’d played with the idea for a really long time mainly because I wanted to be able to connect with the people around me and I felt like there needed to be a common language for it, and I tried writing a version of it a little over a year ago but then I gave up. Instead, I started focusing on my health and stability and after making a decision to take a trip I would not have been capable of taking in the past all the words started flooding in my head and I had to write them down so I did.

AWI: How was your experience of writing a book for the first time?

Jaime: It was honestly really bizarre. I got my Masters in Creative Writing and I’ve tried writing based on what I was taught, but this book didn’t happen like that. Last year things in my life were really starting to fall apart. I kept thinking, “I need to get a job or finish a book or do something”, but at that point I could barely leave my house to get the mail.
Eventually I focused on basic things like making sure I ate and slept and got out of the house –  all of which used to be incredibly challenging (and sometimes still are) – and by the next summer I was able to take this trip alone and start writing. The point was to be honest and explain as best I could what I experienced and let the pieces fall into place. When I finished I was surprised by how some of the things I thought were not relevant were actually tied together with other themes and it gave me an overall image of my life that I hadn’t seen before. It was a lot to remember but it was also really cathartic and healing. I gave some copies to friends and family and we started being able to talk about some of the things we’d never been able to before, and I felt like I could finally explain to them what my world looked like.

AWI: You mention that the book touches on mental illness in high school and college – when did you first notice changes within yourself? What were the steps you took to get support?

Jaime: I remember having panic attacks as far back as kindergarten, but my first realization was around eight or nine. I actually don’t remember those years much at all, except that I stopped talking to my friends and family and felt like I couldn’t relate to them anymore. I also remember sitting on the playground in elementary school and seeing the sky open up and shadows crawling out of it and after that everything was different. I was forced to get help because I was so young when it started. Essentially, I’ve been in the mental health system since I was about 13.
As soon as I learned that I had a mental illness and received a diagnosis, my mom and I started doing research and then I started taking classes in psychology because I wanted to understand what was “wrong” with me and how it was different from what “normal” people experienced. That helped because I learned about a lot of coping techniques and resources in my classes that I wouldn’t have access to otherwise.

AWI: What are some of the biggest misconceptions about living with schizophrenia?

Jaime: I think that one of the biggest misconceptions I know of is the idea that schizophrenia is how it is portrayed in movies. I know that it affects different people in different ways, but for me the hallucinations were never as solid or coherent as they are shown in the media or in training videos. I could always tell that a hallucination wasn’t part of the concrete world, the problem was that the world that everyone else seemed to see was always changing for me.
When I tried to say that I was struggling – because of what the voices were saying, for example – people would tell me to ignore them as though they were separate from me, but they weren’t and I couldn’t ignore them. I think that people make the mistake of segmenting things by saying “okay that’s just the illness, so let’s ignore it or cut it off or defy it somehow”. But it’s not just that I live in the same world as them and see things they don’t; my world is entirely different.
A lot of people hear schizophrenia and think hallucinations, delusions, or bizarre behavior. But it’s more that the entire fabric of reality doesn’t match that of your environment. It becomes really hard to trust yourself, and involves finding a balance of not wanting to define yourself by your illness, but also recognizing that this illness is ingrained in everything you do. I think that’s a big part of the struggle that a lot of people don’t see.
One of Jaime’s largest pieces of advice is that patience and compassion really go a long way in understanding someone else’s mental health journey. To learn more, check out Jaime’s book on Amazon. We hope this inspires you to share your own story!
All content on Art With Impact is available to all, free of charge and without ads. If articles like this are valuable to you, please consider supporting Art With Impact.
This matters!