Exposing the Bitter Side of Sweet in ‘THAT SUGAR FILM’

Juice boxes, frosted cereals, fruit roll-ups, popsicles, puddings, and more: if you grew up in America in the past half-century or so, chances are you have a healthy appreciation for sugar. 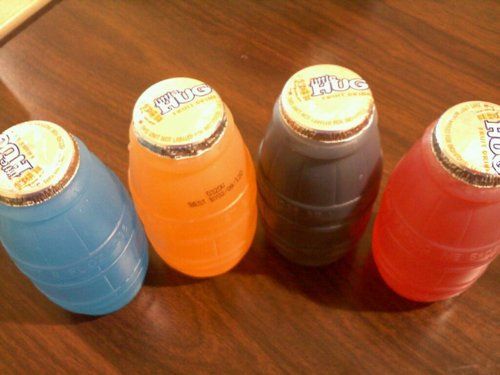 Is your throat closing up yet? MINE IS.

We've all heard the bad news about our modern addiction to sugar — and if you're a parent, you've heard it ten times over, complete with warnings about seemingly-innocent tooth-rotting sugar bombs (Raisins? Really?!). Try to serve soda at a kid's birthday party in some areas of the country, and you'll likely be chased out with (stevia-infused) pitchforks.

But is the panic over sugar justified? Unfortunately, it seems to be. With the uproar over high-fructose corn syrup and the presence of sugar in everything from pasta sauce to canned vegetables, we seem to be conditioning our bodies to want (and need) sugar, and–as documentary filmmaker Damon Gameau shows us–the problem isn't just an American one. In his new release, That Sugar Film, Damon examines the effects of a sugary diet on societies across the globe (the epidemic of "Mountain Dew Mouth" in Appalachian communities is particularly sobering), and volunteers his own body up for experimentation. In a Super Size Me-esque stunt, Gameau eats a diet comprised only of "healthy" foods low in fat but bursting with sugar. This new diet includes the equivalent of 40 spoonfuls of sugar per day, which is apparently what the average Australian ingests on the daily. Although his calorie intake doesn't increase from his pre-sugar-bomb diet days, he gains weight and bloat, as well as anxiety, mood swings, and periods of lethargy. A pretty hefty price to pay for sweetness.

With some impressive cameos from Stephen Fry and fellow Aussie Hugh Jackman, Gameau's splashy documentary might not appeal to you if you don't care for the filmmaker himself (his presence is pretty much unavoidable), but the message is an important one for the wellness–and dental health–of us all.

That Sugar Film is currently screening in limited release across the UK, and will premiere in the US later this month. In its home country of Australia, it has nabbed the honor of highest-grossing domestically produced documentary film. Pretty sweet.