How many plans have you hatched with friends that actually came to fruition?

File this one under "missed opportunities."

When producer Gerald Sprayregen read Nicholas Kristof's op-ed in the New York Times about veteran suicide back in 2012, he approached filmmaker Tom Donahue and proposed that they collaborate on a film exploring the topic. Donahue recognized a valuable idea when he saw one — even though not one pizza was (presumably) involved — and three years later, Thank You For Your Service hit theaters. 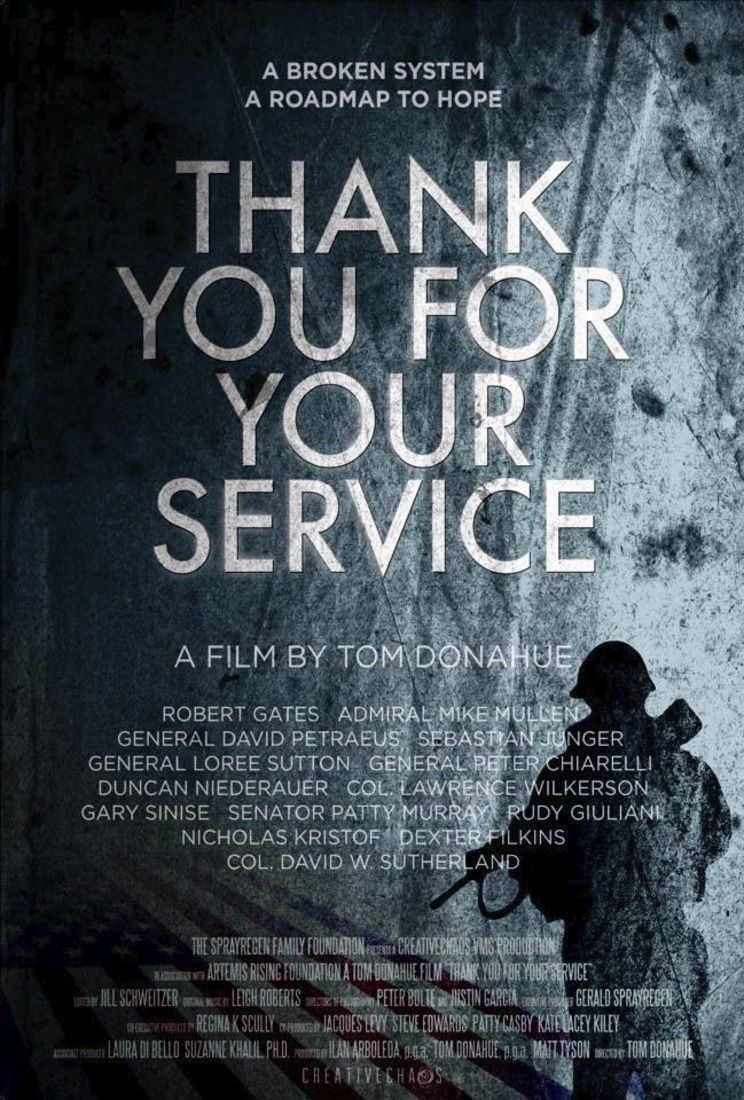 Teaming up with producer Ilan Arboleda and retired US Navy Commander Mark Russell on what would be a three-year-long pursuit of over 200 interviews taking place in over 50 cities, Donohue also drew on some very personal inspiration for the documentary.

"The theme of Kristof's piece–the very idea that more people die from suicide than in combat in our two most recent wars–had a profound and galvanizing effect on me," shared Donahue in an interview with Keith Loria of The Hour. "My father was a veteran; my best friend committed suicide when we were 21; Gerald's one demand for funding this film was that it not only generates awareness around the problems, but that it also addresses solutions."

Following the stories of four Iraq War veterans interspersed with interviews featuring military experts and leaders, Thank You For Your Service was intended to reveal the dysfunctional system that underserves US veterans, but the level of failure discovered was still a shock to the filmmakers.

"I started realizing the systemic flaw that was allowing the trauma to be much worse than it ever had to be," said Donahue to The Hour. "We have started a non-profit around the film called the Military Mental Health Initiative (MMHI) with the ultimate goal of becoming a civilian watchdog over military mental health policy."

Interestingly enough, Director Jason Hall is currently filming a high-budget feature for Amblin Entertainment about the effects of PTSD on veterans entitled (you guessed it!) Thank You For Your Service. Although there doesn't seem to be any documented connection between the doc and the big-name Hollywood drama, it certainly is a coincidence…and hopefully one that will keep the issue of veteran and military mental health at the forefront of our nation's concerns.