‘BEYOND THE LIGHTS’ Explores the Entertainment Industry’s Messy Side

The thought seems foreign to us now, but there was a time when Hollywood was really, really good at hiding its flaws. 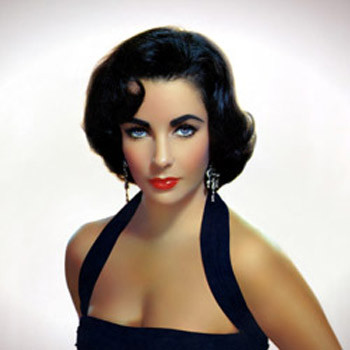 Those were the good old days, when photo retouching had one setting, and that setting was "Madame Tussauds."

Oh sure, our celebrities today are certainly Photoshopped beyond reason and presented to us as shining examples of human perfection, but that perfection is a lot harder to maintain in the age of social media and the Internet. Make one wrong move or accidentally expose one stray body part, and people all over the world will know about it before your agent has a chance to craft an apology. The media (which is fueled by all of us, the jerks buying the WORST CELEBRITY BIKINI BODIES issue) is ready to pounce on any perceived crack in the celebrity armor, which makes those celebrities even more vigilant about maintaining their superhuman personas.

Of course, we all know how that turns out for people who need to stay in the public eye. In a world where any press is good press, a public meltdown isn't necessarily a career-ender, which makes the pressures of fame all the more dangerous for celebrities, who are–in case you had forgotten–just people. People with extensions and fantastic teeth, sure, but still…just people.

Kudos are in order, then, for Gina Prince-Bythewood's new film Beyond the Lights, which uncomfortably reminds us what the entertainment industry can do to people who find themselves caught up in the machine. It also has its share of fluff and movie moments designed to delight those less cynical of celebrity culture (it's still a movie, after all), but any attempt to peel back the gloss of fame to reveal the chaos beneath is laudable.

Featuring a strong performance by Gugu Mbatha-Raw as the long-suffering, hard-working pop star whose life has always been about the climb to fame, Beyond the Lights doesn't hesitate to plunge right into the issues of depression and suicide — for dramatic purposes, sure, but you can't deny those issues aren't a real-life part of the business, and likely one of the few parts that remains successfully hidden from the public. As Andrew Barker notes in one of the film's earliest reviews, "…the pic tackles a number of tough issues with rather admirable directness: the default hyper-sexualization of female musicians, the entertainment industry’s disinterest in the mental health of its prime assets as long as the show goes on, and the way a genuine gesture of humanity can be subtly sullied the moment it becomes a media opportunity."

Beyond the Lights received its world premiere earlier this month at the Toronto International Film Festival, and will be released by Relativity Media on November 14th.