I, for one, knew all there was to know about listening to the Smashing Pumpkins and being incredibly subtle about my feelings in my journal.

Meet Wes Beiko (pictured below on the left) of Okotoks, a small town in the province of Alberta, Canada. At the tender age of 19, Wes has already won an award for best film editing at the Monaco International Film Festival, as well as having founded his own production company, 528 Evenings Media. Wes certainly has experience beyond his years when it comes to filmmaking, production, and marketing — and his expertise carries over into another, quite different arena: depression and mental illness. 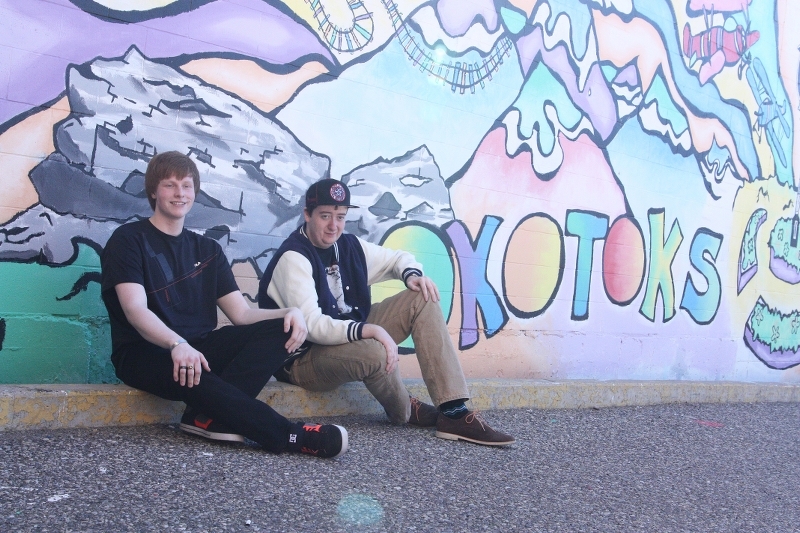 Beginning in his early teens, Beiko struggled with depression and suicidal urges. The stresses of his parents' divorce, his stepfather's death, and financial problems at home were compounded by bullying at school. He began cutting himself.

“A lot of times people would say, ‘You should just kill yourself,’” says Beiko. “High school was the worst, for the majority of it I felt alone.”

Eventually, he took steps to ask for help through the mental health system, but–after waiting more than a year for treatment–the antidepressants and counseling only took him so far. Lifestyle changes, including exercise and involvement in filmmaking helped to keep him positive, and the final piece of the puzzle was opening up to his peers, who in turn shared that they were often dealing with the exact same issues.

“There were so many friends coming to me on the verge of trying to kill themselves,” says Beiko. “Easily 25 people in the last six months I talked out of killing themselves. This speaks volumes that this is a much larger issue than we make it out to be.”

Now, Beiko has teamed up with filmmaker Joe Scrimshaw to begin production on a documentary about mental illness, aiming to share the stories of individuals whose struggles mirror his own. Less than a month into the GoFundMe campaign for the project, Beiko and his team have already raised $2,735 of their $6,500 goal — impressive progress that measures up to Beiko's momentum in his early (and promising) career.

“I know this documentary is not going to change the whole thing overnight,” says Beiko. “Our main goal isn’t to make a profit on this, it’s to bring awareness to it.”

All of our best wishes for a successful fundraising campaign go out to Beiko, Scrimshaw, and the rest of their team. We look forward to seeing the finished product!